REMINDER: The consultant and City staff will be holding the first Town Center Advisory

Committee meeting this Monday (June 2nd) at 6:30 pm in the Whitehouse City Hall council chambers. The meeting will include supplemental surveys of all interested parties regarding the visual and physical direction the district should take for future development. Attendance is important as the discussion undertaken during this meeting will form the basis for draft zoning regulations to be presented at our next session in late June (currently scheduled for June 30th).

Those unable to attend should check this blog for links to download audio of the meeting.
Notifications have been mailed to land owners, a notice was placed at City Hall, and both newspapers will run stories and/or advertisements. However, the team would like to once again use this venue to encourage attendance by anyone interested. Now is the best time to have your opinion counted, and acted upon.
Posted by BPS Christopher at 4:13 PM No comments: 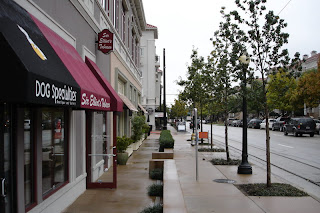 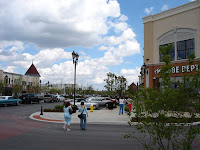 iously, these results are very early and subject to change. It is expected that additional submissions may drastically alter the results upon final tabulation. It is important that each and every stakeholder and community member take part in this survey (and overall planning process). The end result of this project will be new zoning regulations for the Town Center and city at large. Now is the time to have your opinion influence what these ordinances require for future development.
Posted by BPS Christopher at 2:53 PM No comments: